“lt is not for any Prophet to deceive [mankind]. He who deceives will bring his deceit with him on the Day of Resurrection”
(Qur’an 3: 161)

Abu Hurayrah (Radiallahu anhu) narrated that when Allah granted the Muslims victory, on the Day of Khaybar, and the army moved to the valley, Allah’s Messenger (Sallallahu alaihi wasallam) was accompanied by a slave called Mid‘am. There he was struck by an arrow, which killed him. We said, “O’ Allah’s Messenger! Congratulations to him! He is a martyr,” but Allah’s Messenger (Sallallahu alaihi wasallam) said: “Not at all, By Him in whose hand my soul is, the cloak he stole on the Day of Khaybar from the spoils, which was not among the shares divided’ will blaze with fire upon him.” The people were frightened when they heard that, a man brought a sandal strap, or two sandal-straps, and said: “0′ Allah s Messenger! I had taken these on the Day of Khaybar. ” The Prophet (Sallallahu alaihi wasallam) said; “It is a sandal-strap of fire, and two sandal-straps of fire”

Abu Umama (Radiallahu anhu) narrated that the Messenger of Allah Sallallahu alaihi wasallam said: “If anyone interceded for someone and the one for whom he interceded gave him a present, which he accepted, he will be guilty of a serious type of usury.”

Ibraheem al-Harbi narrated that ‘Abdullah ibn Mas‘ood (Radiallahu anhu) said: “If a man asks another to do a favour for him and the favour is done, and the beneficiary gives him a present which the latter accepts is called as-Suht — ill-gotten possession.”

Masrooq reported that ‘Abdullah ibn Mas‘ood (Radiallahu anhu) said: “If anyone helps a Muslim restoring his rights and protects from being treated wrongly and the sufferer gives him something in lieu thereof be it a little or a lot, is Suht—a type of devouring something which is forbidden.” Masrooq said, “O’ Abu Abdur-Rahman! We considered that the devouring forbidden (Suht) is only a bribe given to change the verdict in judgements.” To which Ibn Mas،ood replied, “That would be Disbelief!” And he recited verse:

PRESENTS FOR MEN OF AUTHORITY

Abu  Humayd  ‘Abdur-Rahman  ibn  S’ad as-Sa’eedi  Radiallahu anhu narrated that Allah’s Messenger Sallallahu alaihi wasallam appointed a man to collect alms. When he returned he said, “This is for you, and this was given to me as a present.”

The Prophet Sallallahu alaihi wasallam said: “What is the matter with a man whom we employ to deal with certain matters Allah entrusted  us with, then he comes and says,  ‘This is  for  you  and this is a present  which was given  to me.’  Why did he not sit in his fathers or his mothershouse and see whether anything would be given to him? By Him, in whose  Hand  the soul  of Muhammad   is, whoever  among  you  takes anything   unlawfully   will  meet  Allah   on  the Day  of  Resurrection carrying  it, be it a camel  which  rambles,  an ox which  bellows,  or a sheep which bleats, he then raised his arms till we could see the place where  the hair grow  under armpits.  Then he said, ‘0’ Allah, have I conveyed admonition?’   He Sallallahu alaihi wasallam   said this three times.”

Ibn ‘Amr (Radiallahu anhu) narrated that the Messenger of Allah (Sallallahu alaihi wasallam) said: “The Muslim is he who avoids harming Muslims with his tongue and hands, and the Muhajir (Emigrant) is he who abandons what Allah has prohibited.”

Abu Hurayrah (Radiallahu anhu) narrated that the Messenger of Allah (Sallallahu alaihi wasallam) said: “He who eats the flesh of his brother (i.e. backbites him) in this world, it will be said to him on the Day of Resurrection, ‘Eat the flesh of your dead brother now, as you did when he was alive.’ When he eats it, he will become very grim and will cry because of it.”

Abu Hurayrah narrated that, “Concerning Ma ‘iz, who offered himself to be stoned to death for adultery (and he was stoned), some one said to another, ‘Look at this man whose fault was concealed by Allah, but he could not leave the matter alone, so he was stoned like a dog, The Prophet Sallallahu alaihi wasallam said to him, ‘Eat some of this dead donkey corpse, as you just enjoyed dishonouring this man (Ma ‘iz). This is much more serious than eating some from this corpse.’’

ibn Abbas (Radiallahu anhu) narrated that the Prophet (Sallallahu alaihi wasallam) passed by two graves and said: “They are being punished, but not for a great sin but it is great. One of them did not keep himself from being defiled whilst urinating and the other went about with calumnies.”

Bukhari transmitted something to the same effect in al-Adab al-Mufrad, on the authority of Jabir Radiallahu anhu with the words, “One of them used to backbite people.”

A LIFETIME OF IBAADAH… ONLY TO BE ELIGIBLE FOR JAHANNAM! 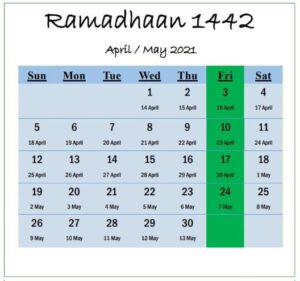